Tahsis is without a doubt Canada’s ecotourism caving mecca! Cavers from all over the world come to explore the more than 50 kilometres of passages found so far in the mountains around town.

For the adventurous ecotourist, guided excursions can take you from limestone canyons through old growth forests with extensive karst features to large chambers underground as waterfalls cascade down mountainsides. Be sure to bring your camera!

Tahsis caves range in difficulty from walking to climbing and from crawling to pits requiring ropes. While Upana Caves can be self-guided, most caves around Tahsis require guides to safely traverse. 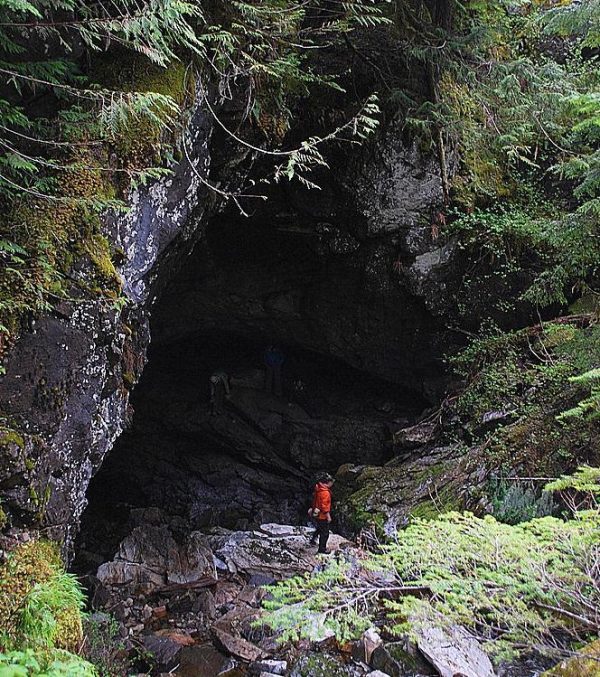 Located about 15 kilometres from Gold River on the way to Tahsis, Upana Forest Service Recreation Site contains about 300 metres of passages with many entrances. These caves were formed by a creek that pours into a deep canyon-like sinkhole in one area and emerges from a beautiful spacious marble entrance farther downhill.

Upana Caves contain scenic, self-guided trails that lead to several entrances. While the passages are maze-like and convoluted, you are never far from daylight. On your way to Tahsis, look for the signage on the right just before Bull Lake summit, the highest pass on the road, to locate these caves.

Far up the mountain just west of Tahsis is Coral Cave, a favourite since its discovery in the 1970s. This cave features a main passage the size of a subway tunnel that plunges steeply downhill to a point where the passages are permanently flooded.

Some climbing skills are handy, and a guide is recommended. Please note that the cave should not be entered during heavy rains because of flood hazards. The cave is located near The Lookout above town. 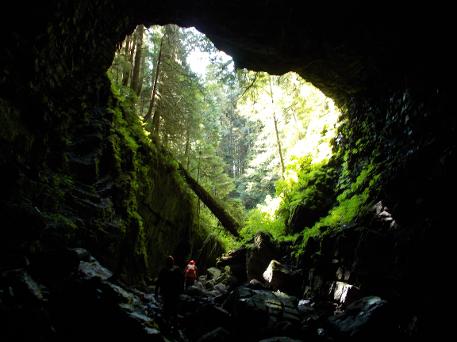 This park features the largest known cave system in Canada, with over 170 entrances, many of which are pits. Cave exploration is ongoing here and new discoveries are made every year. Many caves are repositories of ancient bones and some are used by bats for hibernation.

While spectacular karst hikes are possible within the park, guides are mandatory for exploring the caves, a rule that protects both the caves and visitors from harm. The park is in a wilderness state and no facilities are currently available.

The deepest known cave in the area is Thanksgiving Cave. At 430 metres deep, this is an impressive cavern, but also one of the most hazardous. It is not an adventure for the faint-hearted. Climbing skills are required and claustrophobics should definitely stay away! A guide is strongly recommended.

Remember, if you do go underground without a guide, make sure somebody knows exactly where you are going. Caves are rugged and unforgiving environments.

Always respect this rare and unique environment – do not damage any formations in caves and do not harm any cave life. The caver’s motto is: take nothing but pictures and leave nothing but footprints.

You should always wear a helmet, sturdy boots, and carry three independent sources of light per person. The caves are cool, so dress warmly and wear gloves to protect your hands.

With preparation and safety, your underground ecotourism travels in Tahsis are sure to be spectacular and fun!

This short loop trail wanders along a scenic stretch of the Leiner River, where rock climbers can practice their skills on the numerous, house-sized boulders that litter the slopes of the narrow valley. At one point, the trail passes through a short “cave” between boulders, and the Leiner’s deep azure pools here are alive in the fall with salmon returning to spawn.

Access to the trail is 30 metres east of the Leiner Bridge off the road to Tahsis, 3 kilometres from town, on the upstream right bank. There is ample parking across the road. The loop walk is about 30 minutes long, but is slightly strenuous with some rocks to climb.