History and Heritage of Tahsis 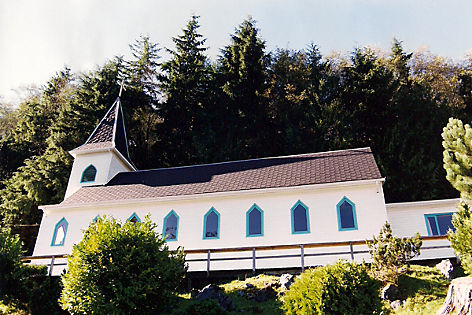 Fifteen hundred to two thousand years ago native villages developed all along the Tahsis Inlet due to population increase on Nootka Island, where “Yuquot” (in “Friendly Cove”, as Cook called it), has a more than four thousand year history. At the head of the Inlet, “Tahsis” or “the gateway” led to a significant trade route, which led over land and the Nimpkish River to “Xwalkw” or “Cheslakee’s” village (as Vancouver called it) on the East coast of what would later become “Vancouver’s Island”. Yet another advantage for the village of Tahsis was that it was near an excellent salmon river.

Some time before Captain Cook visited Yuquot in 1778, Chief “Maquinna” negotiated the “Yuquot-Tahsis” Confederacy with the chiefs along the Inlet and then also with the chief from Tahsis. Maquinna was ranked as First Chief, with Callicum of Tahsis ranked second. The remaining chiefs ranked behind them. Each chief had the right to build a house in Yuquot, Kleeptee and Tahsis, the three most important, resource rich sites.

In 1792, Captain Juan Bodega y Quadra of Spain and Captain George Vancouver of England paid honour to Maquinna, as the most important chief in Nootka Sound, by visiting him at his magnificent house in Tahsis. Bodega provided the “Eatables” and Vancouver the “Drinkables” while Maquinna and his people provided most of the entertainment, including a potlatch. On the way back to Nootka Island, from Tahsis, Vancouver named the island just visited, “Quadra and Vancouver’s Island”. (With the passage of time, the “Quadra” part was dropped).

Vancouver had come to Nootka to take possession of land that an Englishman, John Meares, claimed he had bought on Nootka Island from Chiefs Maquinna and Callicum in 1788. Quadra, representing the Spanish, was supposed to hand this over, as agreed in the Nootka Sound Convention, which had been signed in Spain, near Madrid, by the Spanish Prime Minister and the English Ambassador in 1790. In 1795 after the final Nootka Convention was signed in Spain, and the Spanish actually left, the natives were able to return to Nootka Island and re-build their houses at Yuquot, in place of the structures built there by the Spanish.

Except for the fur trade, this part of British Columbia remained largely unchanged until the early 1900s, when logging was introduced.

Although many companies tried unsuccessfully to open mill operations on the west coast of Vancouver Island, it was Mr. Gordon Gibson who persevered in the 1940s. The valley was cleared except for an exceptionally fine stand of timber along the Tahsis River (the heart of the village now).

Milling provided a strong financial basis for Tahsis. The first accommodations for loggers in Tahsis were floating homes, which were eventually brought ashore and set upon timber foundations.

In the 1950s, Tahsis expanded, and a bustling village took shape with two churches, a school and a travelling medical man. The road from Tahsis to Gold River was opened to the public in 1972, attracting more new families. Tahsis also became incorporated in 1972, with the election of the first mayor and council.

The Tahsis Museum is open to the public seasonally, and during the off-season, it can be accessed by contacting any member of the Tahsis Heritage Society.

At the Tahsis Museum, history buffs can delve more into the rich background of our village, which depicts life in a small mill town, starting from our origins to the present. The museum was revitalized in 2000 and is free of charge.

The museum displays feature Nootka First Nations culture, the natural history of the area and the development of logging, the mill and the Tahsis community past and present. 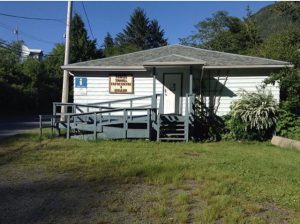